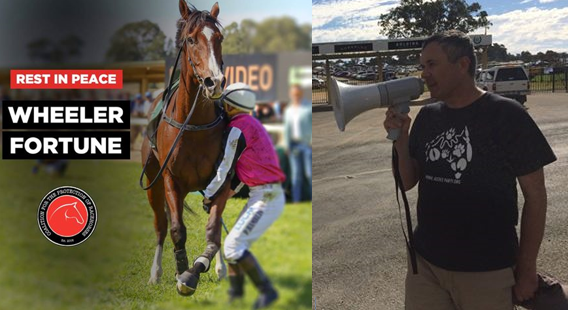 On Saturday at the annual Oakbank jumps carnival in South Australia Wheeler Fortune fell over the last hurdle in the first jumps race of the day, and limped with a broken leg in front of the crowds before being killed on track. He was only five years old, and the first victim of the 2017 jumps racing season. Our National President Bruce Poon travelled over to South Australia to protest alongside AJP South Australia, the Coalition for the Protection of Racehorses and Animal Liberation SA. Jumps racing is only legal in Victoria and South Australia and last year a South Australian parliamentary committee recommended jumps racing continues despite warnings that horse deaths would continue.

Racing and Premier to ban jumps racing in SA. Can you send two emails that could save dozens of horse’s lives?

It’s easy – just use the email addresses below and write:
“Hi, I am calling on you as the Minister/Premier to end cruel jumps racing in SA on the back of yet another horse death.” 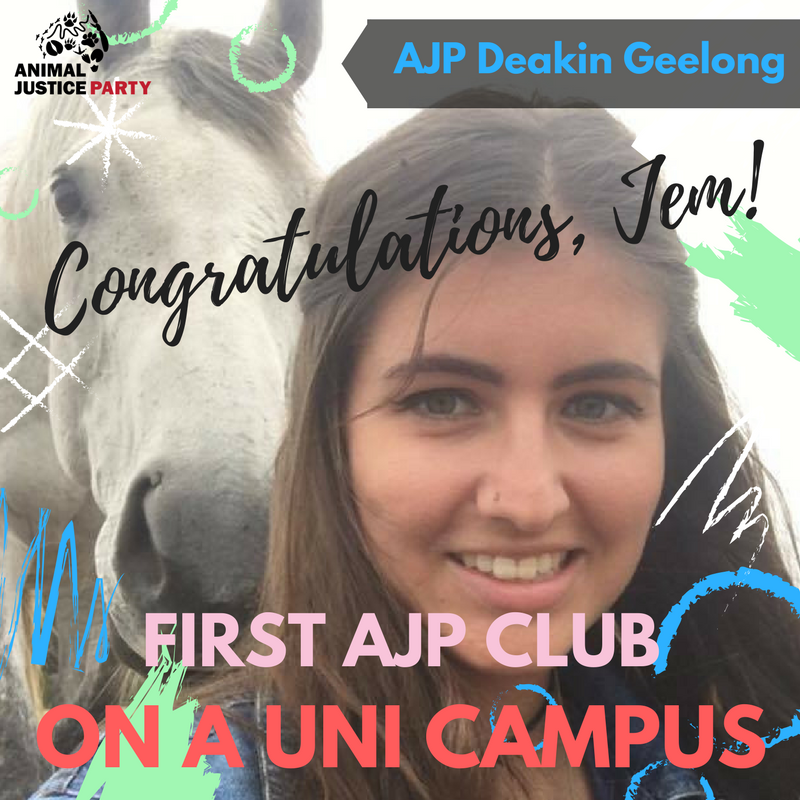 We are so very proud of AJP member Jem, who has founded the first AJP group on a university campus! AJP Deakin Geelong Campus is now a DUSA-approved group. Members are already active, with day trips and outreach activities planned. So, if you are a student at Deakin in Geelong, please do consider joining Jem and the rest of the team to make a positive difference in the lives of animals. You can reach Jem on [email protected] or request to join the Facebook group. 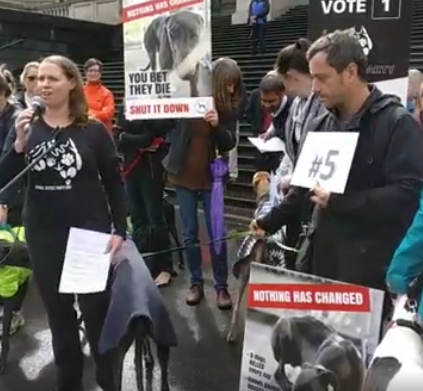 On 9 April the Melbourne 2017 Shut It Down rally took place on the steps of Parliament House. Thanks to everyone who came along despite the miserable weather and a huge thank you to all our speakers including Ron Prasad who MC’d the event, Eleonora Gullone AJP Campaign Manager and Helen Jeges AJP Ban Greyhound Racing Campaign Manager.