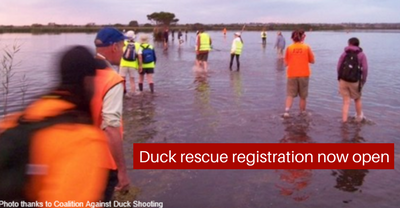 In 2016 Animals Australia, the RSPCA and the Coalition Against Duck Shooting made history with the largest ever coordinated campaign for waterbirds.

Thanks to the determination of Animals Australia in taking the Victorian Government head on there were major wins for the endangered Australasian Bittern and rarest native duck, the Freckled Duck when several wetlands were closed.

Although this unprecedented legal action saved thousands of waterbirds from being shot, injured and killed, the fight to save these beautiful defenseless waterbirds is far from over with the 2017 duck shooting season kicking off again

on Saturday 18 March. Once again Animals Australia, the RSPCA and the Coalition Against Duck Shooting have joined forces and are looking for volunteers to help them continue this fight. A number of AJP members and officials will again be joining them on the wetlands. If you’re interested in volunteering please complete the registration form. Registrations close Tuesday 14 March. 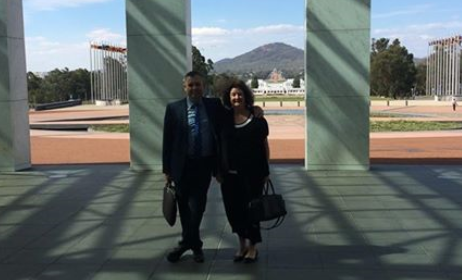 Our president Bruce Poon and manager of the AJP "Saving Face" campaign Nyree Walshe visited Parliament House to discuss the progress of the legislation to ban the importation of animal tested cosmetics into Australia. This proposed legislation is progressing and we'll have more updates soon. They also took the opportunity to meet with other politicians to lobby for an Independent Office of Animal Welfare, and a ban of live export and wildlife destruction. A vote for the AJP is a vote for a team that lobbies relentlessly to represent our non-human animal friends. 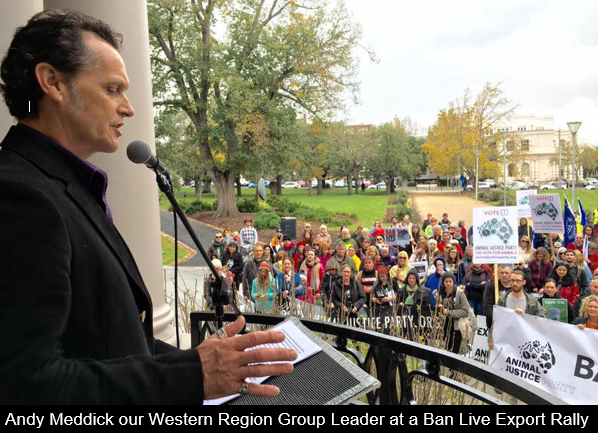 Interested in learning more about the AJP or in volunteering but live in regional Victoria? We have eight regional groups which are based on the Federal Election boundaries and a number of sub regional groups which ensure no matter where you live you can conveniently connect with the party. Regional groups run regular local member meetings, recruit candidates for elections and run many local events, campaigns and rallies.

Find out more about our regional groups and how to get involved.

Applications now open for 14 exciting new volunteer roles!
Interested in volunteering? We currently have 14 exciting roles available covering a wide range of skills and experience from marketing, social media, bookkeeping, human resources, IT, public relations and political liaison. By joining the Victorian Working Group you'll be playing a critical role in making real change for animals. You'll also get to work alongside a great bunch of other fun, diverse and inspiring volunteers! Learn more about these roles and how to apply here. Applications close Monday 3 April.

Internal elections
The party here in Victoria is led by a Committee of seven people, a Working Group and eight Regional Group Leaders. The seven Committee positions are elected each year before May. We have recently appointed a Returning Officer (the person who runs the election) who will shortly be sending out a call for nominations and we invite anyone who has the desire to contribute more to the organisation and take on a leadership role to consider putting themselves forward. After nominations close candidate statements will be available on the website, and there will be at least one 'meet the candidates' session. Every financial member will have the opportunity to vote. For further information, contact any of our current committee, who can provide further information or email the Convenor at [email protected].