Farming and food choices are intimately connected and so are the corresponding AJP policies. We advocate a plant based diet but recognise that animal industries are not all the same.

We recognise that some animal industries inflict less pain than others however all involve significant suffering and ultimately the taking of life. The AJP understands that widespread dietary change will be a lengthy process and that animal production methods must be improved urgently as an interim measure; so we will prioritise the phase out of factory farming.

It is the aim of our Dietary Policy to provide programs that inspire people to change. Changes in diets will prompt changes in what and how we farm. Some farmers will have to change their production methods and others will shift from producing animals to producing plant foods. We expect a significant drop in the number of farm animals, an increase in new plant-based industries, and an improvement in human health.

However, whilst the Animal Justice Party will advocate for incomplete reform when the immediate suffering of animals is involved, it will always recognise that such reforms are not enough in isolation and must occur in tandem with a long-term, total transition to plant-based agriculture. 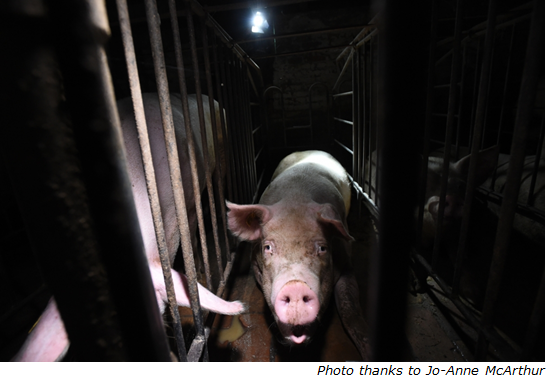 1. The withdrawal of Government financial support for animal product industries except for research into welfare improvements.

4. To provide financial support and education opportunities where required that will encourage farmers to transition to plant based farming.

5. To introduce a tax on animal products commensurate with their adverse environmental and health impacts.

7. The rapid phase out of live export and the slaughter of animals without prestunning for any reason; including religious beliefs.

9. The rapid adoption of an 8 hour upper limit on any journey, and restrictions on the climatic conditions under which animals can be transported. Where animals must be transported over longer distances, then as an interim measure, each leg must not exceed 8 hours and the animals must be unloaded, watered and cooled.

10. As the uptake of plant based diets increases, we will work towards laws that abolish breeding and rearing for slaughter or other exploitation.