Lots of news this month. Our new Bats and Greyhounds campaigns, some updates on our old campaigns, updates to our working group and LOTS of volunteer positions. Read on! 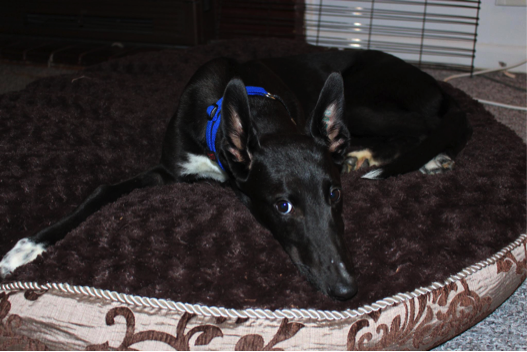 Next regular member's meeting - this Thursday

Our next monthly meeting is Thursday, 26 February at 6:30pm, Ross House at 247 Flinders Lane in the CBD.

There will be a number of things on the agenda, including a discussion and vote on our recommendations on structure of the party (see section below). We will also be taking a photo of us in support of the Animal Welfare Party of the UK, and their upcoming tilt in the UK general elections.

This month, ahead of the 4 Corner expose of some of the awful cruelty in the Greyhound racing industry, we launched the AJP campaign to ban this so-called "sport". The campaign is national but being led from Victoria by our own (ex Candidate for Prahran) Dr. Eleonora Gullone. We have released many media statements covering a range of concerns (including but not limited to "live baiting") and attempted to work in conjunction with as many different concerned NGOs as possible, including Animals Australia. Both Eleonora and some of our candidates in NSW for the upcoming state election have done a range of media interviews as well.

This campaign is out of the gates quickly, but still has a long way to run. If you want to be involved, you can contact Eleonora at eleonora.gullone.ajp@gmail.com Yes, bats! The Grey-headed flying fox that we live with in Melbourne has a terrible time with wide-mesh nets being used on backyard fruit trees. If we could change the law to prevent it, we could prevent hundreds of needless deaths each year. Assisted by our local "Bat Man", Lawrence Pope, AJP are going in to bat for our aerial neighbours. Sorry.

More details of this campaign will come in the next month, along with details of our campaign launch at the end of March in Fed Square. Rosemary Lavin is our campaign manager, and if she wasn't already, this will definitely send her batty. OK, I am really stopping the bat references now. Contact Rosemary on rosemary.lavin.ajp@gmail.com if you want to help.

Yes, we are still working hard on a range of campaigns that you already know about. We have got fantastic traction on some of these, and will be updating all members as we close them out, and providing interim updates at the member's meetings each month.

As discussed in the last newsletter, we are planning on holding meetings of the AJP most Thursday's throughout the year.

In addition to this, some areas are holding regional group meetings every month as well, at a variety of times. The committee are also in pretty-much constant communication with each other, managing the day to day business of the party. Some of these meetings might be in-person, by Skype (or similar) or teleconference. Please try and reserve the appropriate times in your diary, and we will provide more specific meeting details shortly. But what do they do...(read on!)

So who are all these people on the Working Group? Well, you, if you want to be!

As well as the existing folk doing roles within the party, we would love to have people to help in the following roles:

Task description: Manage and assume responsibility for all RCCs by directing and monitoring their activities. Set goals and expectations and ensure they are met.  Performance management.

Task description: Plan and oversee events, work in conjunction and closely with the Fundraising manager, receptions and conventions; be responsible for the logistics and coordination of events; work within budget; locate venues and negotiate rental costs. Maintain stalls equipment and materials.

Task description:  Manage election calendar, coordinate election strategy state wide, proof and print “How to Vote” cards, manage early booths, train volunteers, prepare and distribute supplies, canvass votes, certify the election, collect and interpret statistical data, organise certain aspects of campaigns. This would not necessarily extend to the detailed campaign management of major elections (such as the next Federal election), which would require greater effort closer to the date of the election.

Estimated time: Approximately 5-10 hours a week, but peaky, depending on what by-elections occur. Can escalate significantly during major elections.

In addition to some smaller roles:

Note that there are also a number of other positions which we have already filled. We are busy trying to put this structure together and publish an org chart, showing who is who in the zoo. Also, each one of these positions might end up being filled by multiple people, or they might be the leader of a small team.

What if you have other skills, but these positions don't quite work for you? Talk to us, there might well be ways of using your skills or passion in other ways. Ultimately, the more people we can have pursuing the work, the more we can get done as a party.

If you are interested in helping us with one of these roles, or some other way, please contact us at ajpmemberships@gmail.com or come along to our next Working Group meeting. If you can't come, but still want to get involved, remember to contact us at ajpmemberships@gmail.com or get involved through one of the regional groups. If there isn't a regional group in your area, that must mean we are short a volunteer to organise it!

We had a very constructive and productive first Working Group meeting of the year on the 12th of February. The key topic of the night was how should we vote in a leadership team for the party in Victoria (or, by extension, each state)?

There were a range of different models and options discussed. The result of which is a motion to the next member's meeting along the following lines:

AJP Victoria recommend the following model for election of the committee:

It was noted that this year we were aiming for a vote at the state / national conference, in the middle of the year. There is some investigation ongoing of electronic voting systems, which may be suitable to replace the traditional paper based / attendance systems.

This will be further discussed at this month's member's meeting, and voted on. If you can suggest improvements, come with your best arguments for change, and appropriate wording for the motion.

On Sunday the 15th of February, the party's national AGM was held in the historic Customs House Library, Circular Quay in Sydney. The President reported and summed up the year (the text of which will be coming out in another newsletter shortly), and we also got reports from the other office bearers. One very good bit of news is that we now have three Victorian members of the National Committee of Management, being Magda Wozny, Brenton Edgecombe and Bruce Poon. There is also a representative from South Australia on NatCom now (Geoff Russell), which will help the National Committee coordinate with the active and developing SA committee.