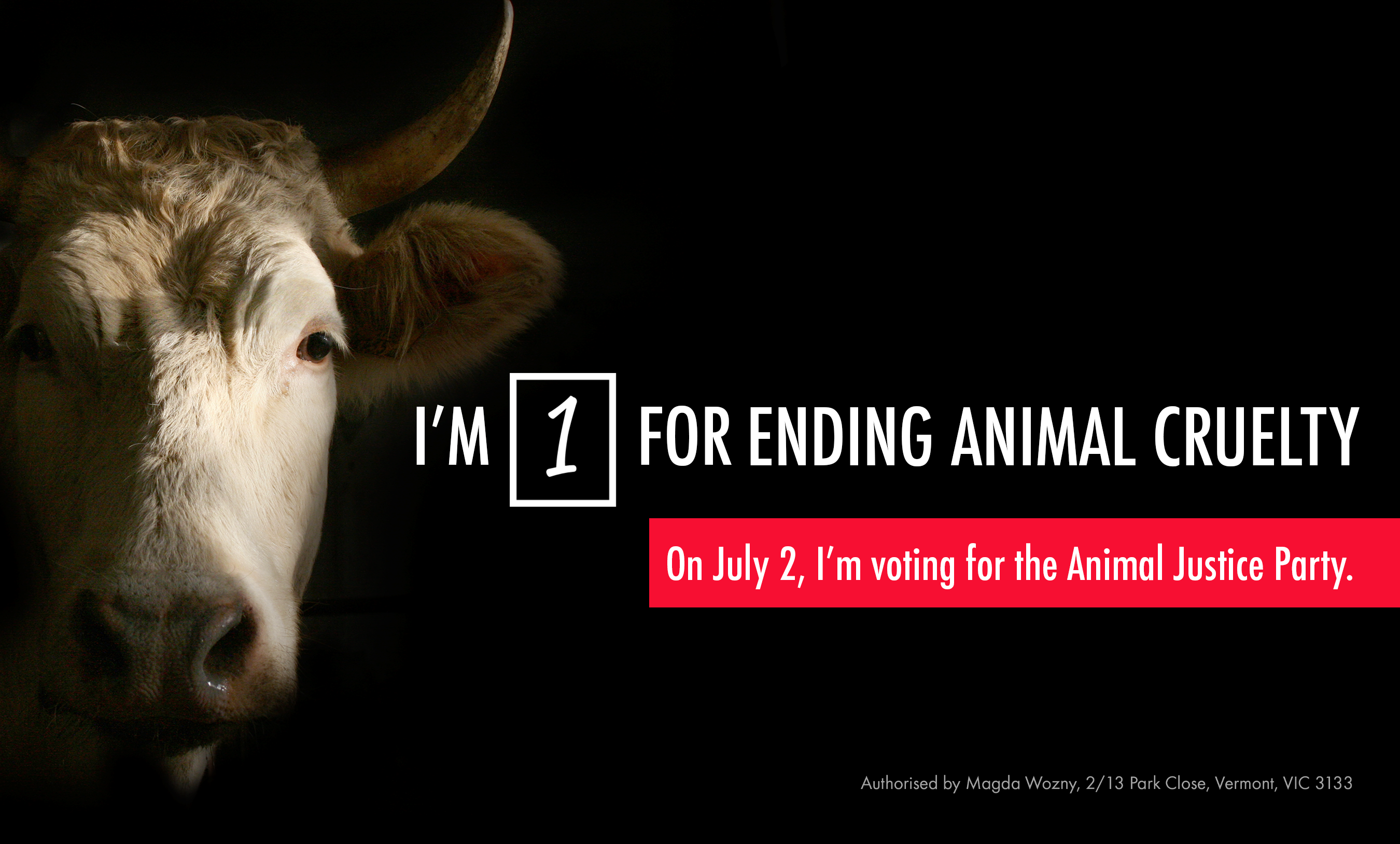 The Animal Justice Party aims to represent non-human animals in parliament and to ensure laws and policies are implemented and enforced to achieve genuine justice for animals.

By voting for The Animal Justice Party you will be:

In the 2015 NSW state election we had our first MP elected into the upper house. This was a historic moment making Australia the second country in the world to have an animal representative elected into parliament. This Federal Election we are standing for the Senate in 6 states and territories and over 40 lower house seats across Australia. With your help, we can win more seats for the animals.